An innovative program for preventing overdoses in Canada through the implementation of a supervised injection facility, also known as an overdose prevention site, an option that is not legally available in the United States

In response to the opioid crisis in Canada, and more specifically a spike in opioid-related overdose deaths in Ottawa, a program called “The Trailer” was established as a safe injection facility (SIF) to try to stem these deaths. This program is managed by Ottawa Inner City Health and sanctioned by the Canadian government.

The location of the SIF is strategically located in a concentrated area of drug use where treatment services and shelters are also present. The Trailer tracks services and collects data, provides quarterly reports to the provincial government, and provides an annual report to the Canadian government.

The program tracks several markers, including unique visits to the facility, self-reported types of drugs used, number of injections, incidences of overdoses, and observable health concerns such as abscesses. This is all done using a unique identifier to maintain the client anonymity.

Signs of overdoses are treated with oxygen, stimulation, and, if needed, naloxone. The program estimates that most clients use the SIF multiple times a day and inject 2-3 times per visit. The Trailer has noted that the SIF can be used as a surveillance system, where an increase in the number of overdoses suggests that a “bad batch” of drugs is on the streets.

The facility has seen an increase in the number of overdoses and attribute this to the increase in the presence of fentanyl. At peak capacity, there was sometimes a wait at the facility suggesting that the SIF was being utilized and may need to expand its capacity to meet the demand. 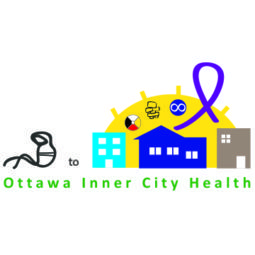 “As of October 19, 2018, The Trailer had registered 1049 clients since its inception in November 2017 (OICHI personal communication, 2018). This number does not include clients who have died since November 2017 (six known deaths). Between November 2017 and August 2018, The Trailer provided services to an average of 226 different clients per month.10 The OCIHI reported that their client base was relatively stable with an approximate 13% turnover per month…. Opiates were by far the most common drug reported to be injected in The Trailer… For most months, the type of treatment used was nearly equal with an overall monthly average of 29 oxygen and 28 naloxone treatments…During peak hours, demand for services consistently exceeded The Trailer’s capacity. Overdoses treated and reversed in this facility increased substantially during this period.” (DelVillano et al., 2019)