A reentry program model, developed in Hampden County, MA, for those recently incarcerated with substance use disorder that holistically addresses the needs of these vulnerable individuals

After Incarceration Support Systems (AISS), through the Hampden County Sheriff's Office, began in 1996 with the goals of reducing recidivism, improving public safety, and supporting the whole person. It has served over 20,000 people since its inception.

Realizing that unemployment, unstable housing, lack of social support, undeveloped life skills, and discontinuation of substance use treatment increase recidivism, AISS provides comprehensive wrap-around services to the former inmates that are navigated with the help of a case manager.

In the context of the opioid crisis, we know from several studies that recently incarcerated individuals are at much greater risk of overdose death compared with the general population. In the Hampden County jail over the last ten years, the prevalence of SUD among the jail population has increased from 79% to 88%, with those meeting criteria for OUD increasing from 20% to 43%.

Treatment starts behind the walls at Hampden County jail, consisting of a 154-bed substance abuse unit with additional focuses on:

Upon release, the former inmates have access to AISS which includes:

There is also linkage to medical and behavioral healthcare, mutual support groups, and a mentorship program.

Vivitrol is already being used upon reentry and the jail is participating in a pilot program that will offer all three forms of medications for opioid use disorder starting in September 2019. This program has been replicated in other counties and more information can be found in this presentation. 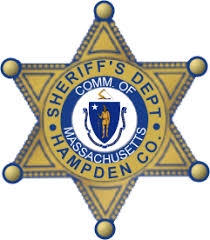 This reentry program has served over 20,000 people and is associated with a recidivism rate that has decreased from 31% in 2001 to 16% presently.

Continuum of Care
Treatment
Recovery
Type of Evidence
Replicated
Implemented
Response Approach
Comprehensive services
Housing, Education, and Employment
Medications for Opioid Use Disorder
Related Resources
Partnering with Jails to Improve Reentry: A Guidebook for Community-Based Organizations
Reentry Matters: Strategies and Successes of Second Chance Act Grantees
Interventions for Incarcerated Adults with Opioid Use Disorder in the United States: A Systematic Review with a Focus on Social Determinants of Health
Jail-based Medication-assisted Treatment: Promising Practices, Guidelines, and Resources for the Field
Effectiveness of Medication Assisted Treatment for Opioid Use in Prison and Jail Settings: A Meta-analysis and Systematic Review
Law Enforcement Efforts to Fight the Opioid Crisis
Building Successful Partnerships between Law Enforcement and Public Health Agencies to Address Opioid Use
Medication-Assisted Treatment for Opioid Use Disorder in Jails and Prisons: A Planning and Implementation Toolkit
A Primer for Implementation of Overdose Education and Naloxone Distribution in Jails and Prisons
Choice Matters: Housing Models that May Promote Recovery for Individuals and Families Facing Opioid Use Disorder

AISS has been effective, as the recidivism rate has decreased from 31% in 2001 to 16% presently. In addition to former inmates, males civilly committed through Section 35, who are housed in Hampden County at the Recovery and Wellness Center, also have access to AISS.

The program has served over 20,000 people since it began. Other counties across the state and the nation have modeled programs after AISS.